Average time spent on the article

As their agency of record, Relic completed a successful media buy for San Juan County with KSL radio. The campaign ran from August 24 through September 3, 2020 in the Salt Lake City market. It included three spotlights, one studio broadcast with live interviews, ten 60-second commercials, two Facebook posts, one email newsletter to subscribers, and one article on the KSL Radio website. The Relic media team, account team, and PR/content team worked together to do this campaign. 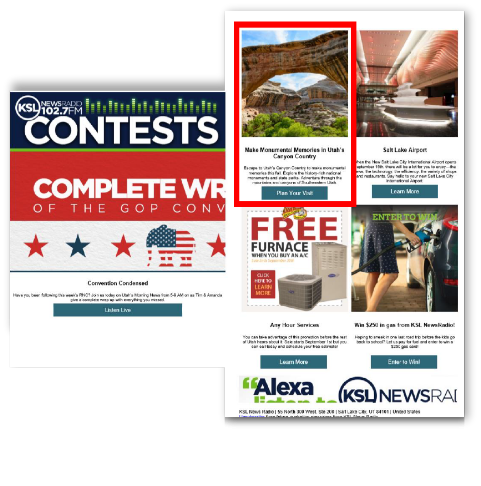 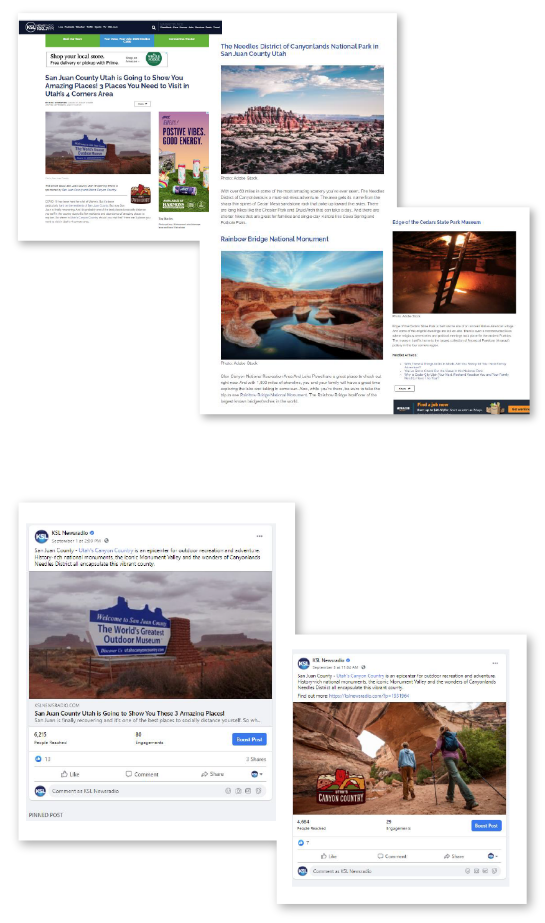 The KSL homepage article received 1,253 clicks, higher than the average 1,239. Readers spent an average of 4:08 minutes on the article, indicating a high level of engagement. An average Facebook post on the KSL NewsRadio page reaches 5,000 to 10,000 people. San Juan County’s posts performed within that range reaching 5,000 to 6,000 people.

The Relic team was excited about the campaign’s results. The weekend that the KSL campaign ran, San Juan County hotels reached full occupancy. The news from the client and their hoteliers showed that the campaign successfully drove heads in beds that weekend. This campaign provided excellent awareness within the given schedule, above-average campaign performance, and demonstrated that traditional media can generate visitation directly.

Relic’s team used the RACE method (Research, Analysis, Creation, Execution) to complete an effective media buy. The goal of this campaign was to increase awareness of San Juan County within the Salt Lake City market. Relic measured this in engagement statistics that proved successful. Relic’s media team did research and used insights from KSL representatives to determine the package assets. By adapting to this new strategy, the media team increased the outreach of the campaign. They determined this campaign would be a great fit for the client during the research and analysis phase of the RACE method.

This was a group effort for the internal Relic team. The teams created talking points, article copy, e-blast text, and social content. Producing these assets required collaboration and organization between the teams. Relic met varying deadlines with strong communication to promote an effective campaign. This campaign shows the success of effective media buys in promoting destinations. 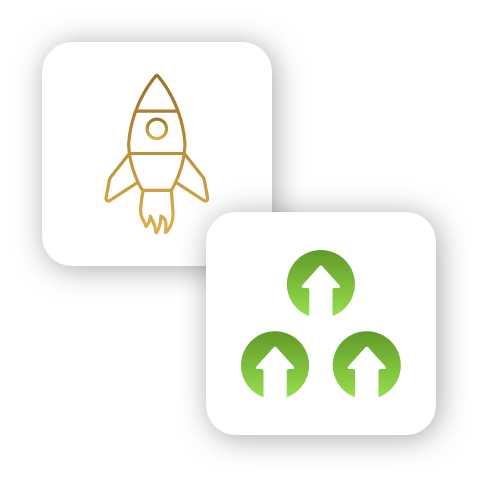 Navigate your strategic media buys with an ad agency that knows what you need from your partnerships.

If you’re interested in taking your news radio marketing plans into new territory and seeing incredible levels of success like Utah’s Canyon Country… we need to talk.